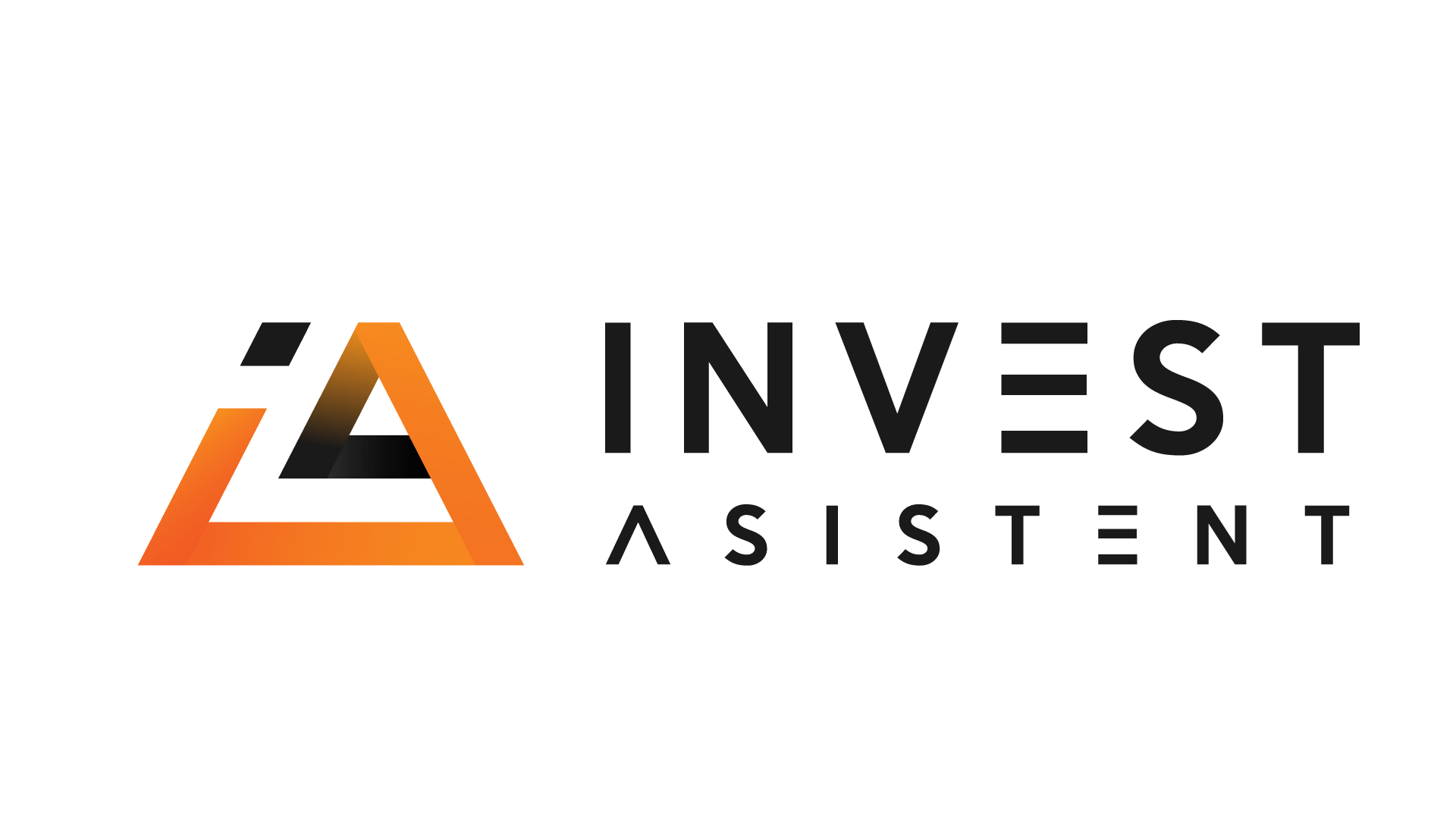 CREATING A BUSINESS IDEA AND CAREER

A successful career of a person (a beginner in an independent business, an employee in advancing in someone else’s company, and general positioning in society) depends on the realization of one’s own desires – inclinations, abilities and possibilities.

Since the middle of the last century, there have been “tools” in the world that are constantly being improved, and which help to make the most of people’s knowledge, abilities and capabilities when making decisions, in order to prevent risks in decision-making:

– BRAINSTORMING (method of producing ideas, which implies the formation of an expert and professional heterogeneous group for “production of ideas”).

– SWOT ANALYSIS (a method for assessing the advantages and disadvantages of proposed ideas, which ranks ideas according to reality (assessment of the human, market and financial capabilities).

– FINANCIAL ANALYSIS which looks at the financial effects of investments.

– CHOICE OF LEGAL FORM OF BUSINESS FOR BEGINNERS IN BUSINESS

– REGISTRATION OF ACTIVITIES FOR BEGINNERS IN BUSINESS

The author of Brainstorming is Alex F. Osborn, an entrepreneur from the USA. The reason for devising a method that would be universally applicable was an event during World War II, when the captain of an American merchant ship, on which he was also on, asked sailors to suggest a way to avoid German torpedoes. Alex won with a proposal to install powerful propellers on the ships whose jet would turn the torpedoes. He called the method “brainstorming” and protected it with a patent.

Today, the method is mostly used in industry, and increasingly in other branches of human activity (social development strategy, medicine, culture, education, sports, and even in the choice of career of individuals).

The method is based on the factor of “collective intelligence”, ie. when expert and professionally heterogeneous groups create and evaluate and rank ideas.

The goal, ie the problem that is set before the group must be clear and expressed in one sentence, one question, and the ideas are not criticized or rejected at the beginning. In the second phase, the ideas are subjected to detailed examination and ranking in terms of advantages and disadvantages.

The purpose of the brainstorming method is to gather the maximum number of ideas that are designed to solve the problem.

The method is constantly improving and has gained significant popularity, with the development of brainstorming software (MindManager, OpenMind, XMind, FreeMind…) and the upgrade of SWOT analysis and financial analysis.

SWOT ANALYSIS SWOT analysis (acronym of English words: Strengths, Weaknesses, Opportunities, Threats) is a technique that links the strengths and weaknesses of the company with the opportunities and threats in the external environment. The author of this method is Albert Humphrey (1960) from Stanford University USA, where he analyzed and used the development strategies of the 500 strongest companies in the world (Fortune 500).

Although it was originally intended for current technology companies for business purposes, it quickly began to be applied in the domain of development strategy of society (state, local self-government), social institutions, health, education, culture, art, as well as for personal existence, ie. in identifying one’s own strengths and weaknesses, chances and threats in building a career with the employer for a better position or for making a decision on starting and developing one’s own business based on innovations in quality, design, productivity, competitiveness.

Whether you want to sell an idea, offer it to an employer or start and develop your own business, you can also use our INVESTASISTENT as an additional tool, in order to state the profitability rating of the idea.

CHOICE OF LEGAL FORM OF BUSINESS

Entrepreneurial firms are conceived by the legislature as small family businesses. The founder (entrepreneur), members of his family and possibly several employees should work in them. Fees for business registration are less than 100 EUR in dinar equivalent.

The tax liabilities are the same in all variants, with the flat rate entrepreneurs paying a fixed amount estimated by the Tax Administration, and the rest on the basis of the realized profit.

The Entrepreneur may decide to pay the tax on a flat-rate income determined by a decision of the Tax Administration, which acquires the status of an Entrepreneur “lump sum”. The right to flat tax can be exercised by an entrepreneur if he produces and sells exclusively his own products, if the planned, ie realized total revenues in the previous calendar year amount to 6,000,000 dinars and if he is not a VAT payer. He pays tax liabilities on a monthly basis, based on the average salary within the same activity in the territory in which the business is registered, and which is determined by the Tax Administration. In the interior of Serbia, tax liabilities amount to around 18,000 to 25,000 dinars, and in larger cities, they are higher, for example in Belgrade from 30,000 dinars and up. If the Tax Administration determines that, for example, your base is RSD 50,000, you will pay: tax on income from self-employment 10% (5,000 dinars), contributions for pension and disability insurance 26% – 13,000 dinars, health insurance contributions 10.3% – 5,150 din, e) unemployment contributions 1.5% – 750 din. In addition, the flat rate entrepreneur also pays local taxes (eco-tax, company start-up tax,…), and the amounts are prescribed by the local self-government. A lump sum is the best solution in case of making larger amounts of profit because as mentioned above, the amount of tax is fixed for “lump sums”, so regardless of whether he earns 50,000 or 200,000 dinars in a certain month, he always pays a predetermined amount of tax. The advantage is that he has to keep only the income book, ie. issued invoices (KPO book), has no obligation to record incurred expenses, can freely dispose of funds from his business account without justification (of course if he has money in the account and if he is sure that in the coming period will open income to cover liabilities), no an obligation to hire an accountant or bookkeeping agency and no obligation to have a fiscal cash register. The disadvantage is that it guarantees business with personal property (apartment, car, (). However, if the income exceeds 8,000,000 dinars in any period during the previous 12 months (for example, from March 2020 to March 2021), he must re-register as a “bookseller” and must run the so-called “Double-entry bookkeeping”, ie. in addition to income, he must record expenses in the books, and after the end of the year, he also submits the Final Account to the Tax Administration. The tax is paid monthly in advance according to the estimated for beginners or for current entrepreneurs according to the realized profit in the previous year, and the final calculation of the tax is done on the basis of the Final Account. Taxes and contributions are the same as for lump sums, including rates. The only difference is in the way of determining the base on which the stated rates are applied (lump sums are paid on the basis of a fixed base, and the profit is made with the base bookkeepers. Local taxes are the same as with the flat rate entrepreneur. , all tax forms listed so far are present in this form of taxation, but does not pay contributions on the difference between income and expenses, but pays them on the salary that he determines, so he is ultimately obliged to pay taxes and contributions on their earnings (the amount of which they choose) and the tax on income from self-employment, which they pay on the difference between income and expenses…

In the Republic of Serbia, as well as in the Council, there are four legal forms of companies:

All companies keep double-entry books, pay tax liabilities according to the realized profit, and contributions for pension and disability insurance, health insurance, unemployment contributions are paid only for employees, while founders who do not work in their company and are not registered to represent and representation of a company does not have the status of an insured, ie. they do not apply for compulsory social insurance. All companies also pay local taxes.

A limited liability company (D.O.O.) establishes one or more legal and/or natural persons, in the capacity of members or founders for the purpose of performing a certain activity or certain activities under a common business name. D.O.O. is liable for all its obligations with all its assets while the founders/members of the D.O.O. are not liable with their property for the obligations of their D.O.O. This is an important rule in D.O.O. which makes a key difference between D.O.O. and an entrepreneur where the entrepreneur is liable for all the obligations of his business with all his property, including the property of the business, but also his personal property. The founding capital is at least EUR 500 in dinar equivalent, and after the payment and registration of the company, this amount becomes the property of the d.o.o. and disposes of it freely. The great advantage of D.O.O. in relation to all other forms of companies, including entrepreneurs, is the principle of freedom of contract, which allows space to make further partnerships in the company (received by new partners and investors). LLC is the most common form of the legal form of companies.

A partnership (OD) is a company established by two or more natural and/or legal persons in the capacity of partners of a company for the purpose of performing a certain activity under a common business name. The partnership is liable for its obligations with all its assets. Partnership and D.O.O. have very many similarities, with D.o.o. However, the key difference is that the partners of the partnership are jointly and severally liable for all the obligations of the partnership with all their property, while with D.O.O. members are not liable with their property for the obligations of the D.O.O. except in exceptional cases. This is the reason why the number of partnerships in relation to limited liability companies is minor worldwide (about 5% of all companies).

Limited partnership (CD) is a company established by two or more natural and/or legal persons in the capacity of partners (identical mechanism, rights and obligations in that part as in the case of OD), for the purpose of performing a certain activity, under a common business name, of which at least one person is liable indefinitely for his obligations (general partner), and at least one person is liable limited to the amount of his agreed role (commander). A limited partnership is liable for its obligations with all its assets. This form has completely lost its significance and is almost non-existent in practice.

FacebookLinkedIn
We use cookies on our website to give you the most relevant experience by remembering your preferences and repeat visits. By clicking “Accept All”, you consent to the use of ALL the cookies. However, you may visit "Cookie Settings" to provide a controlled consent.
Cookie SettingsAccept All
Manage consent

This website uses cookies to improve your experience while you navigate through the website. Out of these, the cookies that are categorized as necessary are stored on your browser as they are essential for the working of basic functionalities of the website. We also use third-party cookies that help us analyze and understand how you use this website. These cookies will be stored in your browser only with your consent. You also have the option to opt-out of these cookies. But opting out of some of these cookies may affect your browsing experience.
SAVE & ACCEPT
Powered by